(1915) by W. Somerset Maugham (djv pick).  In his vividly-recounted passage from youth to adulthood, Maugham’s protagonist evolves from an idealistic Bohemian artist to a practical rural physician.  At the end, the reader is left to wonder whether the young man’s decisions in love and career reflect mature realism or caving in to conformity, and Maugham wisely abstains from preaching to us from one side or the other.

(2008) by Rose Tremain (msl pick).
This is the funny and touching story of immigrant life in London. Lev is a 42-year old widower and economic refugee from Eastern Europe who finds life in his new country much harder than expected. It’s not all struggle and homesickness, however. Tremain, in this her 14th book, builds fantastic comedic characters. My favorite is Rudi, Lev's friend back home, a taxi driver with a broken-down but cherished "Tchevi," symbol of another "promised land." This book is for anyone who feels the pull of two countries or who wonders about those who do. The ending is somewhat contrived, but I loved the book so much, all is forgiven.
Note that this is a courtesy I do not extend to Jonathan Franzen’s latest, Freedom

, which I also read this year. The first ¾s of the book were fabulous however.

(1990) by Paul Fussell.
I (djv) was strongly moved by literary historian Fussell’s WWI study, The Great War and Modern Memory, and so eagerly opened this volume, which deals with the twentieth century’s second cataclysmic conflict.  Fussell’s book is a bitter but necessary pill, an antidote in superbly-minted prose to the shining myths of patriotism and moral rectitude that begin and perpetuate armed conflict.  Concentrating on the troops and home fronts of Great Britain and the US, and supporting every point with abundant evidence, Fussell digs deeply into topics like self-inflicted disaster inflicted by fear run amok, the crushing privation of civilians at home, the relentless petty power plays inflicted on servicemen by higher (often just barely)-ranking officers, and the virtually total ignorance among the troops as to why the war was being fought.  Tellingly, Fussell does not discuss or debate the rightness of the anti-Axis cause.  The point of his book, which if I were king would be required reading for every high-school student on earth, is that War is Hell.  Period. Period. Period.

The Omnivore's Dilemma: A Natural History of Four Meal

s (2007) by Michael Pollan
I (msl) downloaded this book from audible.com three years ago, and I only just got around to listening to it recently. I was putting it off because I thought it might be too educational (i.e. not enjoyable). It was definitely educational but Pollan is a lively enough writer to make it entertaining – especially when he decides that if he is going to be able to eat meat (one of my struggles), he should know what it is like to kill an animal, in this particular instance he goes hunting for wild boar in California with a Sicilian immigrant friend.
I learned a lot from Pollan about corn and how much of our food is made out of it, directly or indirectly. One shocking factoid is that cows can’t digest corn properly (we all know they are meant to eat grass) so the beef industry has to give them antibiotics (pharmaceuticals profit) to prevent them getting sick. A cow on a corn diet without drugs would only survive for a 150 days before the acid generated would destroy their rumen, a digestive organ specially designed for grass not corn.
Right after reading this book I started buying our meat from a local farmer. David is already largely vegetarian, so it was my small step towards cleaning up our diet.

(1967) by Gabriel García Márquez (djv pick).
To get my linguistic self back in gear before a trip to Mexico City last summer, I (djv) read this masterpiece in the original Spanish.  The gradual decay and collapse of a remote Colombian village and its most prominent family is brilliantly told by García Márquez, in a book filled with vivid characters and the depredations of time, politics, human relations, weather, pride, folly, and prophecy.  The last scene is a hair-raising literary vortex.  (And by the way, I found that the novel’s opening sentence, perhaps literature’s most famous after those of the Bible and Moby Dick, does not point to the outcome I thought it would.)

(2006) by Lizzie Collingham (djv pick).
A cultural history of Indian cuisine on the subcontinent and in the diaspora, this book is full of surprises.  A few: vindaloo, the name of a famous curry dish, is a corruption of the Portuguese vinho e alho, meaning “wine and garlic.”  The concept of curry as India’s national dish was a creation of British colonizers.  Virtually all of the pioneering Indian restaurants in Great Britain, as well as in New York City’s famous Curry Row, were founded by men belonging to a particular class of riverboat workers in Bangladesh.  A number of recipes are a nice bonus.

The Rest is Noise: Listening to the Twentieth Century

(2008) by Alex Ross.
I (djv) read the second half of this recent book by Ross, the New Yorker’s classical-music critic and arguably the finest musical journalist in the world today, to help refresh my upcoming class on concert music since World War II.  I know a lot about that realm of music, since I’m a composer myself, have taught that class many times, and deeply love many pieces and composers from the past 65 years.  So I was pleasantly surprised at all of the new, and significant, material that Ross had either unearthed or pulled together in illuminating ways.  Indeed, I was so impressed that I then read the first half.  Ross’s book is for anyone, musician or otherwise, wanting to see how the social , political and aesthetic currents of the times can be reflected in one of its most important art forms, and in the myriad fascinating ways in which the art of sound has been re-examined in recent history.  Ross has a gift for describing music that gives the reader a vivid sense of its sonic and expressive essence, even when one hasn’t heard a note.

The How of Happiness: A Scientific Approach to Getting the Life You Want

(2007) by Sonja Lyubomirsky
I (msl) have long been fascinated by the question of why some people seem better at happiness than others. This book answers that question, and yes, some of us are more genetically predisposed to happiness and some of us have had better happiness role models growing up than others. That’s our 50% set point. One’s circumstances (like unemployment and illness versus fulfilling well-compensated work and good health) also detract from or contribute to our happiness level (10%) but at least 40% of our mental well-being is within our control. The techniques and strategies described in this book by University of California professor of psychology Sonja Lyubomirsky are applicable to any life stage or circumstance.
Posted by www.spiritualbookclub.com at 2:52 PM No comments:

A Mix Tape of Best Translated Books for 2010, just what you were wanting 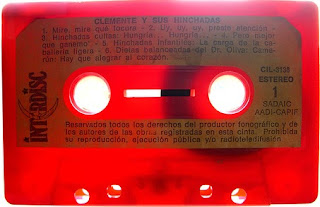 For example : The Golden Age by Michal Ajvaz
Posted by www.spiritualbookclub.com at 12:49 PM 1 comment: 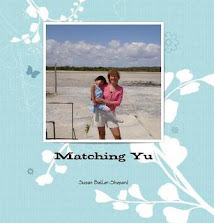